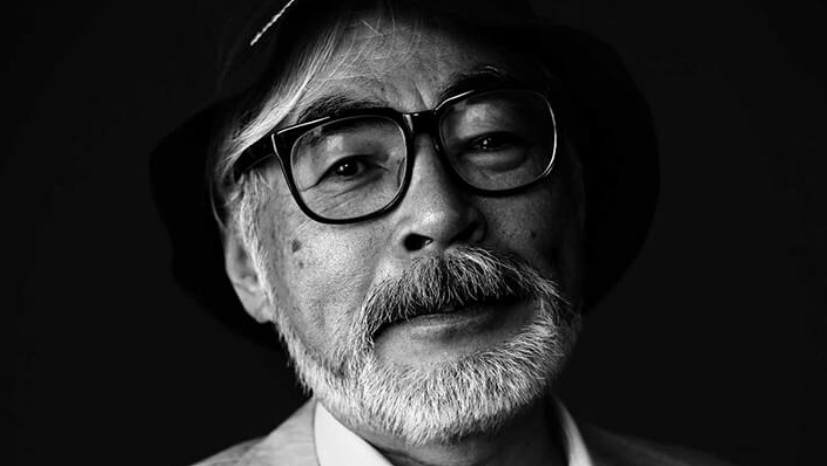 “Anime was a mistake” is a famous troll quote that has been misattributed to influential Japanese artist Hayao Miyazaki. In case you don’t already know, Miyazaki is an extremely popular Japanese artist who has also directed some award-winning Japanese movies. His statement directs a persistent sense of disdain not merely towards anime but also towards its massive fanbase. People identifying themselves with the iconic weeaboo or the otaku subcultures have strongly reacted to the quote. But what does this quote imply and why did Miyazaki mention it in the first place? Well, that is what we are going to assess over the next few sections.

Anime Was A Mistake – Origin

This troll quote has been derived from the transcript of Hayao Miyazaki’s interview with the iconic Japanese news portal known as Golden Times. The transcript was first published on 27th January 2014. While being interviewed, Miyazaki expressed his inherent skepticism about the present state of anime. He questioned its relevance not merely as a form of art but also as a cultural industry. He added that the current generation of animators and artists are not seeking inspiration from real human characters.

Instead of observing the regular human behavior or interaction, they are creating something extraordinary and out of the blue. He expressed his dissatisfaction against the lack of originality in these artists. People came to know of Miyazaki’s view when a translated version of this interview was published on the English-based Japanese news portal known as RocketNews24.

What Exactly Did He Say In The Interview?

In the interview, Hayao Miyazaki directly stated that the present-day animators relied a lot on their imagination. They created characters of men and women who barely existed in real life. He further mentioned that if one doesn’t spend time watching people around them, they can never come up with realistic animes. Instead of focusing on reality and real characters, these animators are self-absorbed artists who are only interested in giving shape to their imagination. He further added that almost every Japanese anime he has come across is developed without taking any inspiration or insight from real individuals. According to him, these characters and stories are created by humans who can barely look at their fellow humans. He also attributed this to be the primary reason behind Otaku.

After a point, he even urged the animators to rid themselves of their self-absorbed insights and focus on creating something that people can connect with. According to Miyazaki, no work of art can ever be successful unless it has a human touch. Sadly, none of these animes have or reflect this human touch.

Is This Quote True?

First appearing in 2014, this quote has been time and again blown out of proportion. As you would realize from the quote all Miyazaki expressed was his deep concerns with the �Otaku’ and hardcore anime fans being reflective about the underlying creative process. He did not say this to disrespect anyone. Instead, as an artist, he felt that most of the creators were only catering to the hardcore fan bases and not properly using reality to base the series. This might also imply that most of these series have characters who do not possess the basic human characteristics of changing or developing. Through the interview, he tried to encourage creators to introduce change. Sadly, he has been misinterpreted ever since.

Who Is Miyazaki and Is He Relevant?

As we previously mentioned, Miyazaki stands out as one of the most iconic artists in the Japanese animation industry. Such is the popularity of his work that it has found prominence outside Japan as well. This is a staggering success and is but a rare trait among the various creators of manga, cartoons, and most importantly, anime. Since Miyazaki follows a wholesome approach, an audience with lesser insight or interest in anime finds great interest in his work.

But why are his works so popular? Well, this is perhaps because of his unique and truly out-of-the-box style. While a large chunk of his work is still fantastical, he directly draws instances and moments from his personal experience to develop characters. Unlike the animators of the current age, his stories are fully rooted in the unique human experience. Perhaps this is the reason his work is more loved and accepted among the Western audience. From his comments, it is also evident that he considers himself much ahead of the conventional anime industry.

In one sense this is indeed true since his work carries a distinctive style unlike. His statement, however, holds some natural generalization. Although there might be some issues with the kind of anime produced, there are several series that vary depending on the audience, overall style, and quality. A statement like this ends up creating an unnecessarily simplistic idea of what anime truly is. While the concerns of Miyazaki aren’t fully invalid, it can hold for debates and deliberation. We personally feel that the context of his interview has been unnecessarily overblown.

While the concerns of pandering are applicable to the hardcore fans, this concept is inherently applicable to every fandom. There will always be a group of individuals who will seek to explore the most extreme end of this spectrum. Their behavior might transcend the basic act of collecting merchandise or taking part in events. Maybe certain fans will be so deeply engaged with these shows that they will avoid socializing with people. One pertinent issue, as Miyazaki has pointed out might be in the portrayal of women. The hyper-styled version of women might cause young women to experience body negativity issues in detail. They might even start emulating these characters like a true template of healthy bodies.

Now that you know everything about Hayao Miyazaki Anime was a Mistake, and Anime is a Mistake by itself, what do you think about it? Do you think Miyazaki said the right thing about anime in the present day? Or do you think he was biased in his statements? Share your thoughts in the comments section.